Getting Ready for the Show!

My Annual Holiday Gift Show is this weekend and I have been trying hard to get things done.  I have a hard time focusing on one thing at a time and have been known to start a whole new project (or two) while in the middle of working on something else.  It happens a lot.  A lot.
Anyway, here is a sneak peek of a couple things I am going to be selling at my show!  My booth will have a lot less than it did last year, but last year I wasn't chasing around Piper, either :)
So, Zoey loves felt boards.  We were at a yard sale last summer and some lady talked her into asking me for one.  She cried because she needed to have it so bad, so I spent the $5 and bought it for her.  Little did I know that I would be rewarded with hours of quiet time while she plays with that thing!  She was playing a few months ago and was pretty upset that there was no felt doll that looked like her, and asked me if I would make her one.  My kids think I can make anything and Daddy can fix anything.  We often disappoint.  I made her a doll of herself and then she kept asking for more things and more things.  Then, I decided to make a whole travel set to sell at my Holiday Show!  Everything is drawn on the computer by me and then my awesome friend Reena and I machine embroidered and then cut them out. 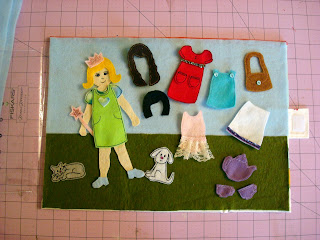 Here is the girl doll and her accessories.  She has 3 hair styles/colors and a couple outfits including some ballet gear.  There are a couple things still missing from this photo because they still need cut out. 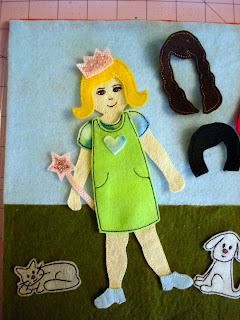 There is a kitty and puppy in each set! 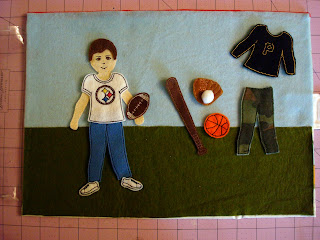 Here is the boy set.  Obviously we are in Pittsburgh.  I guess I should have made some without the Steeler logo, but since it's for a local show, I made them all the same. 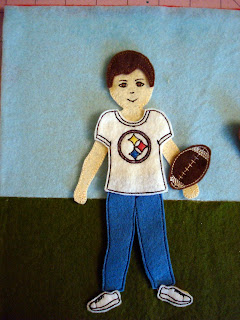 Go Steelers!  He has some more hair and clothes waiting to be cut out, too. 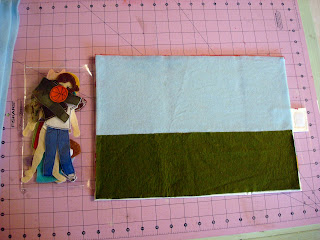 Here is the travel board opened up.  There is a vinyl pocket to keep all the felt pieces in on one side and a velcro closure on the other.  There is plastic in between the felt layer and the outer fabric to make it easier to work on. 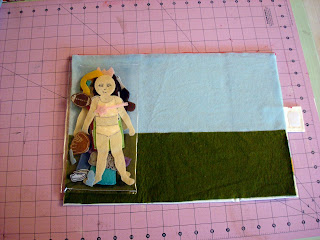 When you are all done playing, you fold over the vinyl pocket, 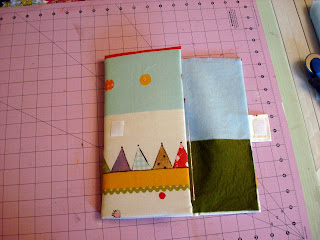 fold it over once, 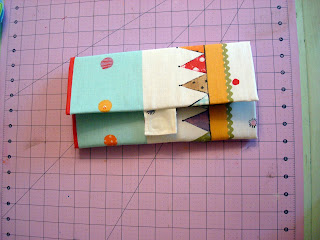 attach the velcro closure and go! 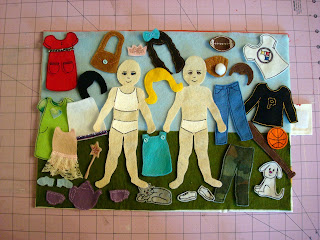 Here is the whole set (minus about 6 more things). 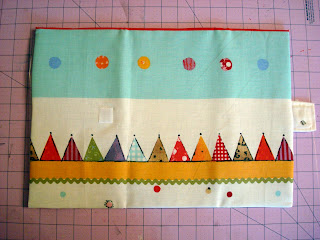 This is the back that shows the outer fabric.  So cute.
Also, I am making these cute Owl Pillows.  They are hand and machine stitched and have little pockets on the front.  They turned out way better than I thought they would.  I still have 2 more to stitch up and stuff, but I have a couple days, right??  I am going to put candy canes in the little pockets :) 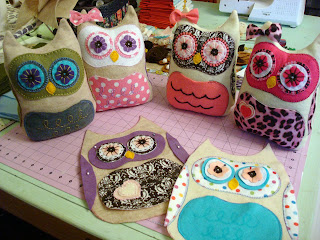 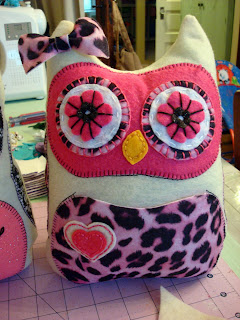 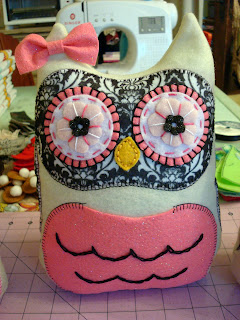 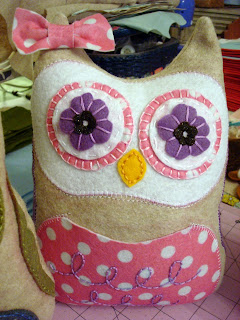 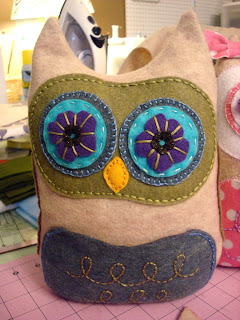 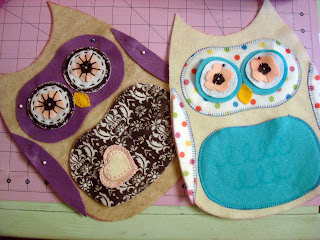 I also made some sun catchers like last year, a couple necklaces and a couple random things here and there.  I will be sure to post about the show after we are done so you can see all the wonderful artists that participate!  If I have things left after the show, I might put them on my Etsy site.  I'll update here next week.
Posted by Lisa at 1:05 PM
Labels: Creations, ETSY

Those little owls are the cutest things I've ever seen! I want them all!
<3 Rashelle
http://sparkledblog.blogspot.com

I would like to agree with Rashelle :)
They would be such a good present :)